I met Arden (aka Spook) in the late 1990’s after I was lucky enough to get a job at a little internet startup company called ExisNet.    I was troubled by some of life’s lessons and I was looking for myself.   Spook was one of the supervisors at ExisNet, he was a Marine (retired) but still a Marine.   I was in my late 20’s and still very young minded.    I think in his years as a leader and warfighter, he has seen plenty of young men like me.    He was an expert photographer and private investigator, he chose to work in order to have purpose but also to fund his outside activities. 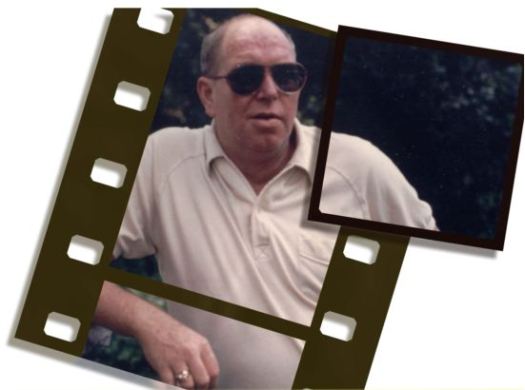 At work he was a tough and stubborn guy and he would be quick to tell me that he would shoot me if I messed up.   The not so funny part was that he did carry a gun all the time and I knew that he had experience in the matter of killing.   More than fear, our team respected him.   It was Thanksgiving time and I didn’t have family in the area, he invited me to come to his family’s house for the holiday.   I didn’t know any of his family and they welcomed me in with open arms.   This was the beginning of our family connection.    As this is a simple blog and I could write many Spook stories on here, I want to point out that our relationship developed at work.  I wouldn’t have met Spook or known him otherwise.  He was my supervisor and a mentor, later he became a father figure and a friend of the highest order.   I am reminded at times that at work (it is business).   I have thought about this over and again and I disagree.  We are people and we build, maintain and grow relationships.   There are times when work relationships become something else and it could be inappropriate but more often working relationships are some of the best and deepest relationships we can in our lives.   To forcibly seek to separate these or to state that “business is not personal” is to ignore our humanity.   My best friends have come from my working relationships.   I still love and care for my relationships built while on active duty (at work).   My active friendships came from my work relationships and my family was built from my friendship with Geoff O’Brien (who reluctantly introduced me to his awesome sister).

Next time someone says “business isn’t personal” think about your experiences and ask yourself about your life.   Isn’t business personal?

Spook passed away Jan 2010, his love and kindness are missed by many.    His impact on my life forever changed my path and I am reminded of him everyday.

For those of us that are parents we love our children unconditionally.
In a way we are programmed to potentially have maybe a little more
patience with our children because they are after all a part of who we
are. Most of us never turn our back on our children and further we
protect them as much as we can even as they become more responsible
for themselves. We have a responsibility to care for them, after all
they are our children. We love our children unconditionally, even if
they make mistakes that are hurtful and harmful. In a way we have
limited choices when it comes to our children because they are always
ours. Spook chose to extend this same kind of love to me. He always
believed in me and pushed me to do better. 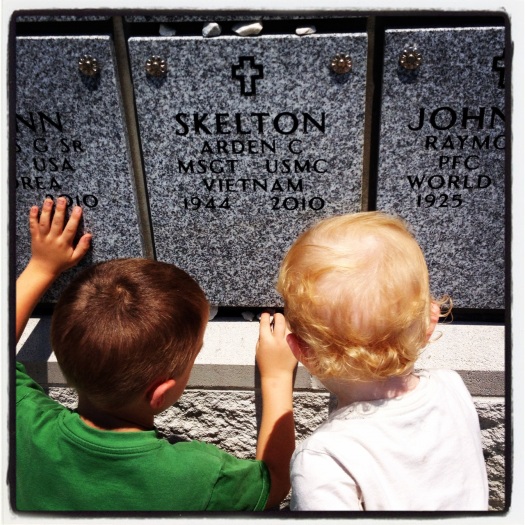 He would tell me of the things that I can do and the success that I will
have. I didn’t have family in the area and I hardly had enough money
to make ends meet. Often Jane would pack an extra sandwich and send
it with Spook. He would tell me that he wasn’t hungry and that he
didn’t want to waste food so I should eat the sandwich.
During the holidays he would take me with him to visit with family who
would graciously accept me into their homes.
Spook was probably the most religious man I have ever known. He
didn’t practice by going to church but instead he acted on the most
fundamental principles of religion. Spook put others before himself.
Often he would enroll me in his campaign to help someone. His efforts
never ended even towards his final days.
We are all here today to celebrate Spooks life. I thought it might be
interesting for me to tell you a little about how he has impacted
potentially millions of people. Spook often told me about how he was an
orphan as a child and how he believed that family was more than just
blood relations. When I first met spook he had already retired from
the military and effectively had dealt with hundreds if not thousands
of young knuckleheads like me. He had taken many people under what
I would call Spook and Jane foster care. Spook and Jane fed and
cared for countless Marines and many friends outside of the Corp.
Spook gave to everyone, I am willing to bet that almost everyone here
today has something from him. I would even venture to say that some
of us may even have something from him with us today.
Spooks nature-wildlife website was an example of him sharing his love
of animals and nature with the world. His website still to this day gets
hundreds of thousands of hits a month. He has electronically touched
millions.
Spook loved gadgets, flashlights, tools and he loved to share them.
Often he would buy something for someone and then buy one for
himself, he couldn’t resist. He would call me to talk about new things
and new technology. He would call me almost every day. If he had
nothing to talk about we at least had an opportunity to say hello.
People.. he loved people, as I am sure most of you know.
Sorry to jump around but there is more to say than I have time. He
was a patriot, he believed that he fought as a marine for our freedom.
He believed in our country, our way of life and he believed we should
be responsible for ourselves and each other. Each of us has a personal
responsibility to do the best we can to do the right thing. Each of us
should have the courage and the integrity to stand up for what we
believe in.
Yeah.. so Spook was different. He bought what he wanted, he did
what he wanted, he did things his way. He didn’t regret. He didn’t lie.
He did what he always said he would do. He played hard and he loved
people in a way that was generally unconditional.
Our world was changed by his presence, his life, his values and his love.
I can tell you that I would not be here today and I would not have my
life if it were not for him. I would like to leave you with this one short
recent story. I was traveling to Europe not long ago and Spook gave me
some things to take with me that I was meant to return. He also
asked me to do some things which wasn’t unusual for him. When I got
back I did the things he asked and he told me to keep the things he
gave me. I started to question him as to why he was giving me this
stuff and he replied “Howie.. I am not dying, when I am dying I will tell
you I am dying and then I will tell you what you need to worry about
then.” The past two weeks have been crazy and Spook has been under
special care, pain medicine, and really a lot of pain. The day he realized
that he was dying he looked at me and said “Ok.. now I am dying and I
am telling you the things I want you to know.” He faced death as he
faced life. I hope to be more like him in my days and I hope my
children will love me as much as I love him. On behalf of myself, Erin,
William, Bryce, and Drew on behalf of my extended family and friends,
on behalf of the children reading about Lions on his website, thank you
Spook.. Thank you!

One Reply to “Why I Think Business is Personal **Remembering Arden**”