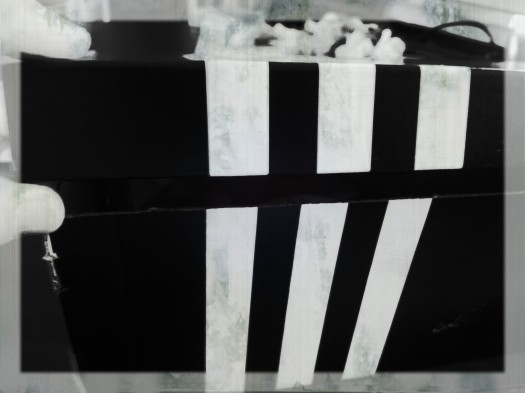 Hey Boss… Yeah… YOU ***tink tink tink*** … I am talking to you!  You are the leader of this band and you don’t know any of your roadies!

The Best Things You Never Knew You Had

A good friend of mine keeps telling me that he wants to work for me when I am President of company whatever..   I have considered the idea of moving from a middle management / leader role to a more senior position but I think that being in senior role is actually insulating and debilitating.    As your area of responsibility grows and concepts become less specific and more generalized, you can become a fan of bullet points and power points.  I am all for the Maxim magazine version of things (as long as I can enjoy the images as well) but it seems to me that there is no time to do anything but read the insulated, well prepared, well scripted untruth of the bullet list.

Unless you are engaged and involved, you don’t know what your people are thinking and frankly, they are afraid to tell you.   There is an inherent risk to them that you won’t like what they have to say and that their uninvited perspective that may not align with yours is distasteful.   You don’t know how hard they work for you or your brand.   You don’t know how they have pushed themselves to the edges of their own being to acculturate because being of a culture means tuning your own personal being.   It is easy to say that diversity in culture”blended” is something that can be natural but far to often instead of being a tapestry it is more like a bunch of crayons scribbled over each other.   Blended diversity does mean sacrifice and that is ok when there is purpose.  We can be a gray swath or that beautiful tapestry.

What is the purpose?

If you are doing a job, if you are working on something, if you want to do it well,  you have to care about it and there has to be some PURPOSE.   There are  a lot of books about it, I don’t need to elaborate too much here but this is a reminder that people without purpose are like androids without direction.   “Will do as programmed sir or madam”..

If we understand our role and our place in this world, we can produce and innovate beyond your expectations and beyond your imagination!

Lack of knowledge about your own capability inhibits your ability to be the best you can be!

Who is your real competition?  How do you know what capabilities you have unless you dig deep and push yourself?  How do you motivate others to do the same?  How will the motivation for them have a positive impact on you?

You won’t know unless you push yourself and ask questions.  The same goes for business.   If you are running a business, you have to listen, look, and learn from the mirror and from your team not look externally.  What is external is what you think you want.  It is what you THINK you are competing against, but you really don’t know.  I would say that they don’t know either.  They don’t know what is inside their own box of things.   If you are competing against someone who doesn’t know their potential and you don’t know your potential, how could expect a measured outcome?  How can you even know the possibilities?   How do you know what is real?    Even if something is real and you know it but others don’t, how will you inspire your team to help you get there?  What is in it for them?  What is their motivation?

Knowing what you have is a business requirement!

When working on knowledge management problems the first place I go is demographics!  I want to know WHO then What because most of us start with What then Who.   If you start with trying to understand What first, you are automatically limiting yourself to understanding the range or scope of possibilities around a capability.  For example:  “Provide me a list of what we do here.”

What if I asked about the person first?

George has been working for ABC Engines for 15 years, he has a family and he is a master engine designer, builder and tradesman.   He loves what he does and recently has become very interested in water based motor sports.   He is also a pilot and served in the military as a Master Specialist on Tanks.  He also has a keen interest in electric motors..

This is a simplified concept but what possibilities exist from the first approach relative to the second?

More often than not personal agendas get in the way of what is best for a company relative to the people that work for the company.   When companies ask questions about their employees and wonder what would make them happier or more productive, there are only a few as corporate entities that are willing and able to accept the answers.  Some studies show that 19% of employees are disengaged at work..  I wonder why?

Employee engagement, according to the SHRM report, is more likely to occur when certain conditions exist. Employers can maximize employee engagement via improving these factors. The percentages indicate the overall satisfaction of employees with the listed condition of engagement. The items are listed in order from the employee survey results: most satisfied to least satisfied with the condition in their organization.

When asked.. They will tell… Under the right conditions..

If you ask your employees to tell you what they want, more often then not they will tell you.  You would need to have their TRUST.  You would have to lower the barrier of FEAR.  You would have to give them a reason to tell you.  If there is no positive outcome why should they take the chance?   Most people want some form of security first! (See Maslow)  From there, you have a number of possibilities with most seeking purpose.   In that “purpose” you can find the most valuable ideas and opportunities.  In fact, you can find the best things you never knew you had in capability!

There are 4 people in the world today that know the formula for WD-40, so it is said. “WD-40’s formula is a trade secret. The product was not patented in 1953 to avoid disclosing the details of its composition; the window of opportunity for patenting the product has long since closed.[4][7] WD-40’s main ingredients, according to U.S. Material Safety Data Sheet information, are:

Beyond that From a New York Times obituary of the executive that made the stuff famous:

The company never patented WD-40, in order to avoid having to disclose the ingredients publicly. Its name became synonymous with the product, like Kleenex.

[Former CEO] Mr. Barry acknowledged in interviews with Forbes magazine in 1980 and 1988 that other companies, including giants like 3M and DuPont, made products that closely resembled WD-40.

So, these guys made a company that had a single product FOR YEARS that was holistically dependent on the corporate knowledge of a few people.   In later years, they diversified a little and bought other brands to incorporate.

But in the end the secret is… that maybe there is no secret!

At some point,  companies will have to deal with the comings and goings of younger workers that have different objectives and goals outside of staying with one company for 20+ years.  Their individual time to competency will need to be faster than it is today and the ONLY way that companies will be able to deal with this is through rapid knowledge transfer, the expression of tacit to tacit and tacit to explicit information and a keen eye on their staff.

What you think you have isn’t what you got ..   Interestingly enough (to me at least) a lot of organizations aren’t even willing to spend the time looking inward to figure out what it is they think they have relative to what they actually have..