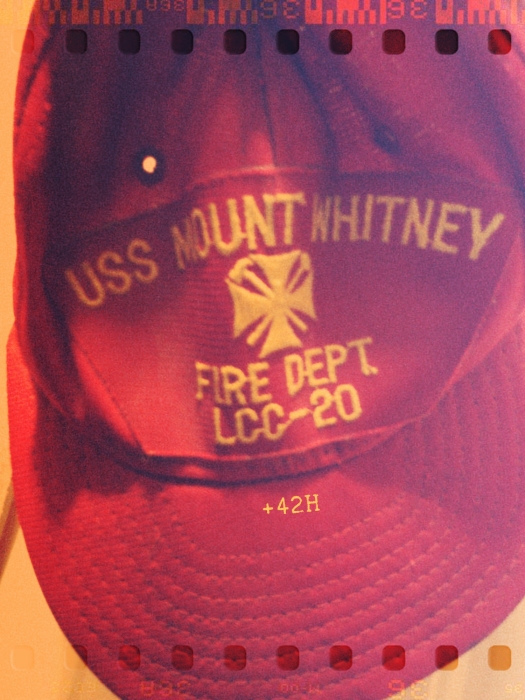 In this post, I am starting to dig in a little to some of the complexity in feelings about my service.  This post is a bit of reflection and some digging in and learning.  I am not addressing whether or not this is right or wrong, only in the expression.  This is for me and my shipmates.

Almost 20 years ago, I started working for Lockheed Martin in a Navy support facility for training and support of Submarine sonar maintenance.  Years before, I was a Damage Controlman in the Navy and felt a connection to the people working in the facility and those at sea.  Being helpful or “in service” to people wearing the uniform is a lot different than wearing the uniform.  In my case, I have an understanding of the feelings associated with being at sea underway and enlisted.  This informed my approach to work with Lockheed.

Not long after I started at Lockheed my boss asked me to go over and help with some system and server configuration at US Joint Forces command.  It was an engineering experiment and Lockheed had operational and Enterprise Architects over there but there were a lot of integration problems and they needed things fixed.  One problem led to another and I followed a chain of issues to discover this experiment in Enterprise Architecture had no technical expertise and support.  This was the start of a new chapter in my life but I had no idea at the time what I was getting myself into or how this would change my life.

US Joint Forces Command was a pretty large organization. I found myself on the team responsible for Enterprise Architecture under the leadership of Ken Williams J89 Chief Architect.  Ken would go on to change my life in many ways but in the most fundamental way, he gave me in words what the Navy sought to give in a tacit way but couldn’t.  When I joined the Navy, I started at the bottom of the ladder.  I didn’t get a start somewhere near the bottom, it was literally as low as one could go.  The Navy didn’t tell me I was were important, it told me that I was conditioning to become something more than just myself as an individual.  This I becomes we. The way we are going to become something more is to breakdown what we are and almost destroy it and once we get to the core basics of our person, start to build something new.

For some people, this works very well and the person as they are rebuilding and growing becomes something that fits.  For others, like myself, it is a lot more difficult because it didn’t make something the Navy had intended and it didn’t create something that I could easily understand.   I have been thinking about this recently because of contact with some old shipmates and struggling to some extent to rationalize something I feel I left behind.  Before I go there, I am trying to connect something I think is important.  When I started at USJFCOM, I was a civilian.   I was already out of the Navy and had no responsibility to the Navy from an active duty perspective for about eight to nine years.  When Ken engaged me and provided a framework, I re-enlisted.  I didn’t sign a piece of paper or go through a process of eight-week transformation but I did change.  Part of it was an opportunity to do something I felt was important and bigger than I did before.  When I was on my ship my contribution potential to the Navy was small but at JFCOM, I could contribute and serve in a much more broad capacity and have clarity of purpose.

All of the things formulaically were always there in the Navy when I started.  I signed up in November of 1990 right before we declared war on January 16th, 1991.   I was in boot camp at the time Naval Training Station San Diego.   When we were told about the war, we were in the middle of this whole psychological transformation.   It was the building of routine and the formation of understanding that we are more than just ourselves as individuals but a body of blue.  We were still being shaped while this event took place.  I remember it because I remember all of the fear and unknown that erupted.   There is this concept of “this is real” which strikes people at that moment of reality.  It is almost the same thing when someone dies or gets very sick.  We don’t keep reality in front of our thoughts, we put it somewhere.  When reality happens, we have to do something to deal with it.  Sometimes we do good things, and sometimes we fall apart.  In these moments, it doesn’t totally define who we are as people but it certainly shapes who we become.  It also builds a foundation or opens a door.  When I say “opens a door” it could very well be to a room with no floor.   Rising to the occasion isn’t for everyone.  Something I learned is there isn’t this superpower for everyone like the stories of mothers lifting their cars to get their children out from under them.   We were just a bunch of kids from different places hearing that we as a nation are now at war.  We barely had put on our uniform as the first few days of boot camp you are in sweat pants, bald and in the process of being broken down.

There is this transaction that takes place mentally.  This moment of signing a piece of paper or in the case of Ken Williams, agreeing to take on this responsibility.  The difference from signing up to serve initially to working for Ken was that Ken gave me a purpose while the Navy told me that it was based on their needs whatever these may be.

It took me about two years to adjust to the Navy.  It may have actually taken longer but from the perspective of me being able to get with the program,  it was for about two years.  I felt this dichotomy of pride in service and desire to be the best sailor I could be and at the same time, I felt this deep sense of isolation.

This wasn’t my company but these guys started a few months after me.  It’s interesting to see the kids and reflect.  It doesn’t really feel like that long ago to me.

We did these physical things together.   We marched a lot. we ate together, we polished our shoes and we went through whatever challenges and difficulties the Navy created for us to go through this process of break down and build.

Recently, I have been thinking about this concept of a broken vase or something of value that is broken with intent.  If we break something intentionally to rebuild it in a new way or make it something else.  I am thinking this is what the Navy or maybe even other services do with people.  They break them to some extent down to pieces and parts and seek to rebuild them in a new way.  The new way is constructed for the purpose of service.  In some cases, when something is intentionally broken down, it may have already been broken in some way.  This is where I believe the great complexity begins.   I have often thought about this over the years and for a long time, it felt like a puzzle. It felt like something to shove in a box under a bed.   In fact, I think I did shove it in a box.

The reason I decided to start writing about it today is part of overcoming my fear of dealing with the feelings I have about it.  The feeling of pride mixed in with the feeling of frustration and anger including embarrassment.   I thought these things couldn’t live together.  Sometimes, I still feel they can’t live together.   The difference between the feeling and the reality is where I am today.   I can have pride in my service and not depend wholly on the promises, commitments, and results of my work at JFCOM.  JFCOM needed my help and I needed it as a body as well.  What I did was shift my perspective of service to our country to JFCOM because I perceived that my contribution was more important.  I also worked with adults at JFCOM which made a difference.

Arriving on the USS Mount Whitney in 1991, I was greeted by a 20 something-year-old kid from somewhere and nowhere.  His scowl was my first impression of shipboard life.  He took me to a dark hole with steps.  There was a red light on and no one else seemed to be around.   Brought me down in front of something that looked like this and said: “You earn a choice of where to sleep.”

Of course, I got the “rack” where you would wake up with some naked dude standing in front of you.   It smelled of mildew, urine and fuel oil.  If you don’t know what fuel oil smells like,  think about the smells while walking onto an airplane or being behind a diesel truck.   This was literally my first moment on the ship.

I’m going to stop writing here for now but I think as I have spoken to others that this kind of expression is important.  I covered up how I felt about it by replacing it with something I could be proud of.  I didn’t deal with being proud of what it was that I did then.  I didn’t want to because it wasn’t as important as the work of JFCOM.   I was just a kid cleaning passageways or performing maintenance on firefighting systems.   When bad things happened, we had to deal with them but the bad things that happened were much smaller than losing limbs, lives, blood in the desert.   For my friends and shipmates that I did become very close to, I feel that these things should be dealt with.  For those who I didn’t encounter but feel the same way as I do, you aren’t alone in how you feel.  I guess there is more to come.

Thank you Quain for helping me to see this is important.