Recently, a government agency moved to enterprise email and thin clients.  There were two things that happened that users didn’t expect, the first was that they couldn’t keep all those old PST files that they have had for 10+ years.  The second was that they lost the ability to use their workstations as they had in the past.

One of the issues that is really plaguing the DoD concerning cloud computing is that leadership is making uninformed decisions without analysis.  The result is less capability.

The costs of IT are not going down, they are going up.  The cost of data loss through migration is not measured and not possible to calculate.   The government is trying to move data and capability to enterprise services, the concept is good.  The concept of going to Mars is good too but we just don’t load up an old shuttle throw some fuel in there and head out.

IT is not being taken as seriously as it used to be.  The most dangerous situation here is that analysts, war-fighters  technicians, and leaders are losing the ability to execute in their own way in their environment.

I know there is a whole movement on BYOD but that will happen in the DoD when Hell starts to get chilly.

DoD leadership needs to start thinking about cause and effect concerning IT strategies.  They need to perform analysis before spending money and applying resources to ideas.   We do need to consolidate IT and we do need to move to enterprise solutions but users need to have the same capabilities they had before.  Users need to have more ability to do their jobs, access information they have in archives, store and retrieve corporate knowledge they have gained over the years.

What I am seeing looks like “shut up and color” and “tough, live with it”,  that kind of mentality won’t work today.   I am suggesting that DoD leaders start to listen to staff from the middle down.  I have seen leadership ask the questions but they aren’t getting the answers.   The other problem is that there are a few leaders out there with heads too large for their shoulders to carry.   Those are the people that are costing the department the most money because not only are they not willing to listen, they are making decision based on their own ideas without any input.

The result, these people are wasting money.

The DoD doesn’t need budget cuts to save money, it needs a bunch of Industrial Psychologists.   The DoD needs to focus on “people strategies” to foster collaboration and sharing.  We need to put in place rewards for the reduction of silos and for successful reuse.   We need to put in place a leadership check and balance for IT spending, while enabling developers, analysts and others to execute within a reasonable boundary as long as analysis has occurred and it can be proven.

For today it doesn’t matter what was in that PST, because it will be deleted. 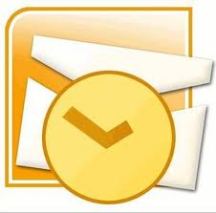 One Reply to “What was in that PST?”