Why you should think about taking down your power poster.

1) Teamwork will only work if the people are on board.

2) Teamwork isn’t just an image on a poster.

5) When leaders talk about teamwork but they are really lying and you know it.

Often times we think that teamwork is critical to the success of an organization.   I have thought it, and I have been guilty of feeling that teamwork in a lot of instances was stupid as well.   You ever sit in the back of the room and watch everyone?  Sometimes it is like watching a television show. Every actor is playing their role.  At the same time watching them never made me feel smarter than anyone.  It wasn’t about being smart; it was and is for me about getting the work done.

Most people want to find ways to either work less or work themselves into a different job.  If you are looking for the next team to work on, how can you have any allegiance to the team you are supposedly on?

I don’t really have lots of answers, I do have questions.   More often than not I am reading what I should and shouldn’t do. There are five ways to work effectively with a team or ten ways to shut up and color with your teammates.   I like reading those articles and lists but none of it seem practical.    I have tried in a lot of ways to practice the suggestions and guidance.   What I am saying is behavior and culture is extremely important.  That being said, sometimes what you do won’t matter and you will be on a team.   They will label you as something and you will be that something because that is the persona they gave you.   This isn’t a Myers-Briggs situation where you take the test and you are an INTJ or whatever.   This is what you have been labeled by people who may not even know you.

What can you do?

A man goes to his doctor and says “Doc, I have a rash, what can I do about it?”   Doctor says “I don’t know!”   More often than not every situation is different, there isn’t one thing that you can do to solve the problem.  Business like medicine is a practice.   You have to put your big boy or girl undies on and figure it out.   If you can’t fit in with the team or group, you need to decide if you are going to stay or leave.   That isn’t easy as a matter of fact it may be really hard.  For that you might just have to shut up and color. 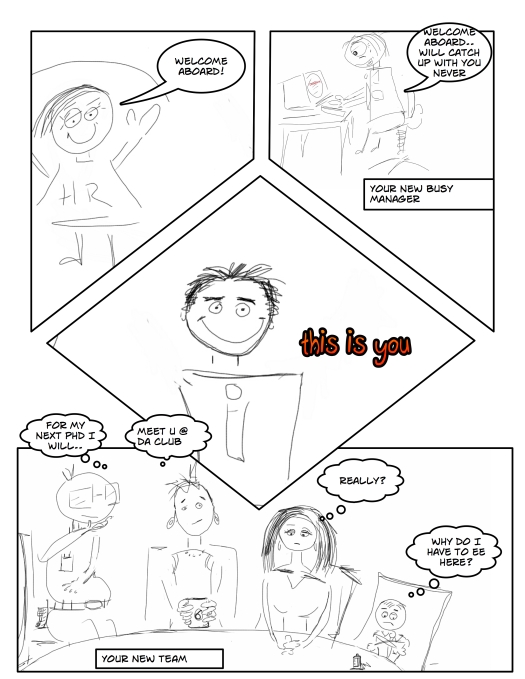 2 Replies to “They tried to get me to do some teamwork and I said NO NO NO..”