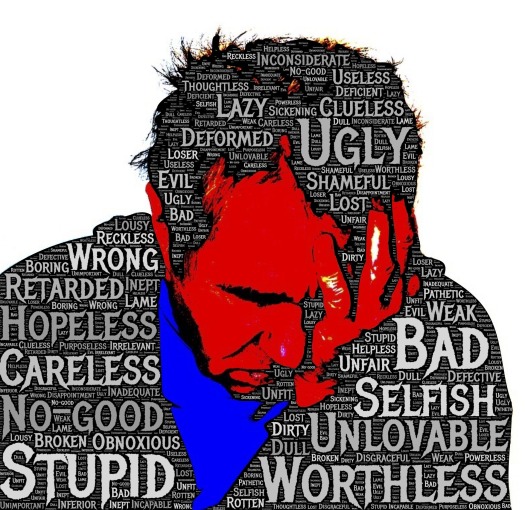 Determination | Perseverance  and a Broken GPS

The second week of this year,  I found myself in the new reality that I didn’t have a corporate email address.   Reflecting on the past few years, I can say that I worked hard and I have no regrets in terms of how hard I worked and my contribution to my former company.   When I started at Chubb, I walked into this great atrium.  It was Christmas time and the light poles were decorated with wreaths and colorful strings.   The hallways were full of art and people were moving with the same intent you see on a city street.  It was a good feeling but I also had some sense that I should enjoy the moment.

During my first few days I had started my interview process.   I sought to learn more about the people on my team including peers, partners, and of course people that I would serve.   As I met people,  I started hearing and learning about “transformation” and the past few years of change.   Many people had lost their jobs or changed roles over the past few years.  My team had seen many changes and I believe they felt when I came on-board that I would be their last leader / manager at Chubb.   They were right.

The truth of it was that many people were sad or upset.  I believe they shared their feelings with me simply because I asked.  The fear of change and the unknown haunted many of them and it really did have an impact on work.   I heard all these stories of how things used to be relative to how they were at that time.  It sounded like they had a lot of fun and they were productive and they loved the company.   At the same time, many people were defensive or very concerned about intruders.   I had a focus and determination to learn about the company what it was and what it became.  I also wanted to do whatever I could to be part of making it better.

My excitement and enthusiasm was received well by some in senior leadership.  Looking back, I was excited to be there in a time where everyone else aside from a few had fear of the changes and unknown to come.   I represented some of that change and recognize how that made some of them feel.   Still I sought to learn about them.   I met regularly with people to learn about them.   I also sought to learn from the senior leadership team.   Due to my lack of knowledge of the insurance industry,  I did have imposter syndrome on any random day.

I studied at home and work to learn and understand how the business worked.  I wanted to understand the reasons behind business decisions as well.   There was a book they had laying around on bookshelves and coffee tables called If There Were No Losses which told the story of Chubb Insurance up to 1957.   It represented the bones or organizational DNA of the culture to me.   I could still hear or see hints of what I read in conversations.  I also started to see the cracks and flaws in what Chubb had started to become.   From my personal perspective, it wasn’t too bad at all but from an industry view, if I had come in as a consultant, there was a lot to be worried about.

I promise you, as the days passed and I learned more about how things were I thought “I wonder how long this will last”?   I wondered how much change could be tolerated.  I wondered about how long they could stay relevant with older technologies.    I wondered if I was learning enough and fast enough about them and if I would ever be allowed to be one of them.   I had a nice walk between my office and the front door.    I found myself everyday running my hands on the walls on the way out.   I remember feeling that it won’t last but I also recognized that nothing is forever. 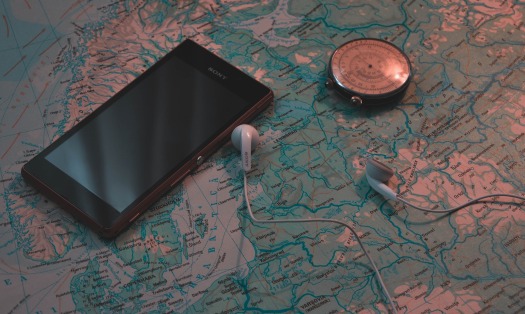 I decided that no matter what was happening,  I would stay focused with clarity and determination.  I would get up every morning and face any fears I had whether they were people, technical or my own.   I could not see where the road would take me,  I would say that I didn’t have a working GPS but I looked at it as more of an adventure.   As some on my team know there were days that I took a good beating from peers.  I had worked with an executive coach to learn skills for coping and not allowing tough days to turn into tough weeks or months.   I went back to my HR studies and looked for coaching including tough talk wherever I could get it.   If someone would tell me where I could do better, I would rather it come from a person that could look me in the eye with good intent vs sideways.    Frankly,  things weren’t bad,  I just wanted it to be better.    My team was doing well and I was proud everyday of our accomplishments.  We set long term goals with targets to reduce risk, increase efficiency and help anyone in our business.  We saved a lot of money and we helped the business.   It was our mission to realize that everyday is a gift and to seek to put a check in the win column for the company and for each other.

Just like that,  a really beautiful morning in July 1st 2015  it was announced that Ace agreed to buy Chubb.    I remember walking to the front of the building and seeing people in shock.  Working in the DoD, I had seen that look many times but to see it in a corporate environment was a lesson for me.   How does one react when everything they know or believe is shifted?

Then there was Ace..  I will leave the Ace thinking for another post but I want to focus on this idea of change. 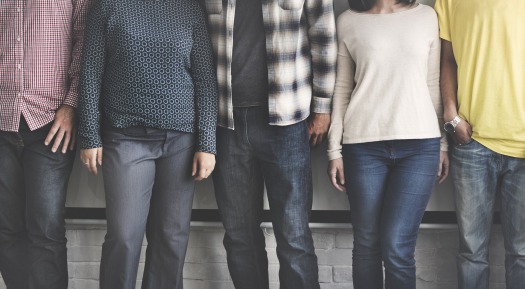 For Chubb and her people,  this kind of change was very new.   For me,  all I have known for most of my career was rapid change.   I have come to accept that change is part of life and we have a choice to participate in it or potentially allow ourselves to feel victimized by it.  I decided that day to remind my team that we have a choice to participate in the change and I made a promise to them that I would make sure that their voices were heard.

The fact is, I actually spent more time being Ace / Chubb than I did being Chubb blue.   I kept my title and my team grew.  I had more responsibility in my new role and greater challenges to face with my new team.   The difference in new Chubb vs the old was that I was looked at by the Ace folks as legacy Chubb and the Chubb folks as still a person to learn about.  My true home and comfort was with my team and the business people I served.   My team knew how much I cared about them and the business could see the results immediately of our attention and caring for shared success.

I believe the hardest part was that I was a carryover as opposed to a choice.   It was easier for my new boss to carry me over vs look for a new person to run the team.   All that said,  the intent was to eventually change the profile of the team and reduce it to pre-merger levels.   Keeping me in the mix made sense since you wouldn’t want to hire someone and spend that money just to let them go in two years.  Of course, I didn’t know this at the time (broken GPS).

My new team did a fantastic job.  They were worried about change and there were some pretty big challenges we faced including bringing two intranets together.   We did it.  Not only did we do that,  we saved millions of dollars along the way and operationally we stayed in the black.   The reality of all of that didn’t matter as the intent was for us to once again change and become leaner, smaller and different.   I asked myself if I could have done anything different even if I knew of the operational intent.   The answer is “no.”

A good friend of mine recently said that I am and should remain “irrationally optimistic.”  I think that is a pretty cool concept but I wouldn’t say that about myself.  I would say that when asked if the glass is half full or half empty, my response is that it is always full.   In other words,  don’t discount what you can’t see.    Does that make me an optimist?   I don’t think so.. 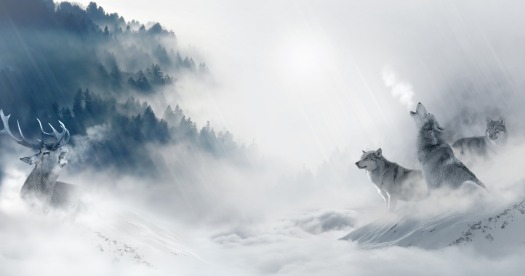 People ask me all the time what I want to do from here.   There was / is a moment when magic happens and this magical thing, this experience makes you feel more than one feeling at a time.   It is a tacit feeling.   When you taste something for the first time or when you see something amazing that you have never seen.   When you hear a song and it automatically reaches deep into your heart and causes a chain of reflection.   When Norm walks into Cheers (if you remember).    When someone calls you because they know they CAN for sure with no doubt and uncertainty, count on you to be there.   That is what I want.   That is what I practice.   My resume carries many experiences including days on a ship where I swabbed a gray deck.  My resume doesn’t define what I want to do, it simply shows what I have done.   Two pages of lists doesn’t tell of late nights working with my team to write proposals or being with someone who had a loss or …

I have the ability to do many things.   What I want to do is bring up the idea of living in the moment with the understanding and thought of a future state.  I said my GPS was broken but anyone who knows me will attest that I always carry a compass.

I am looking true north..   Let’s see where this next adventure takes us!

If you are looking for a job right now or in the future,  I will share a few resources here that are no cost and can help you.

1) The Public Library – Wherever you live, there should be a library available to you.  If you are looking for a job, there are tools like Mergent Intellect that you can use.

Not to mention, other job boards and career services.

2) LinkedIn – Probably my top technical resource overall.   I have found people to be very kind and helpful on LinkedIn.  If a connection can be made, many people seek to help.

3) The GIG network – I posted a blog on LI about the Now of Work.  In it, I list a ton of GiG networks that offer many options.   It is estimated that the GiG economy is worth almost a trillion dollars now.

4) The best resource overall hands down is you.   It is up to you to make connections and up to you to study.  It is up to you to be prepared and up to you to invest the time and energy.   Even in tough times,  it is also critical to serve others.   Some say that you can’t help others until you help yourself.  I would agree that in many cases you have to follow the airline rule.  In this case,  helping others is akin and part of hunting in packs.   Many people when looking for their next role recognize a shared interest and concern.   Helping others makes you feel good, makes them feel good and at the end of the day the results are always positive.