If America is going to do something productive for the world and take on responsibility to police the world, shouldn’t we be spending more time in Japan?

I don’t normally watch the news but in the last day or so… I have.   I am absolutely disgusted with the media and not interested in perpetuating what they call or identify as any kind of journalism.   It is a freaking circus on television with commentators and opinion makers talking about world events like they are commenting on a sports game.   “You see the American people want..”  and “We are going to see Congress come up to the plate and..”  It is a joke and it is all for entertainment.   We are entertaining ourselves into oblivion.   We have real world serious issues here that are affecting us and all we can do from a media perspective is call the game.

Here is the deal, the Fukushima nuclear plant is leaking radioactive water into the sea.  Who is going to jail for this?  Who is being punished?  What is the world doing to prevent more damage to the earth?  How many lives will be lost?  What is the economic costs?

There are Ideas for Solutions

Arnie Gundersen, a nuclear engineer with Fairewinds Energy Education,  who has visited the Fukushima power plant in the past, said a solution would be to dig a two-metre wide trench down to bedrock level and fill it with a material called zeolite: a volcanic material that comes from Mother Nature.

“It’s incredibly good at filtering radioactive isotopes. So whatever is inside the fence will stay inside and whatever is outside the fence would be clean,” said Gundersen, who estimates the price tag for such a project would be around $10 billion.  Read more: http://www.ctvnews.ca/sci-tech/japan-s-fukushima-nuclear-plant-leaks-what-you-need-to-know-1.1423249#ixzz2deX4BQVd 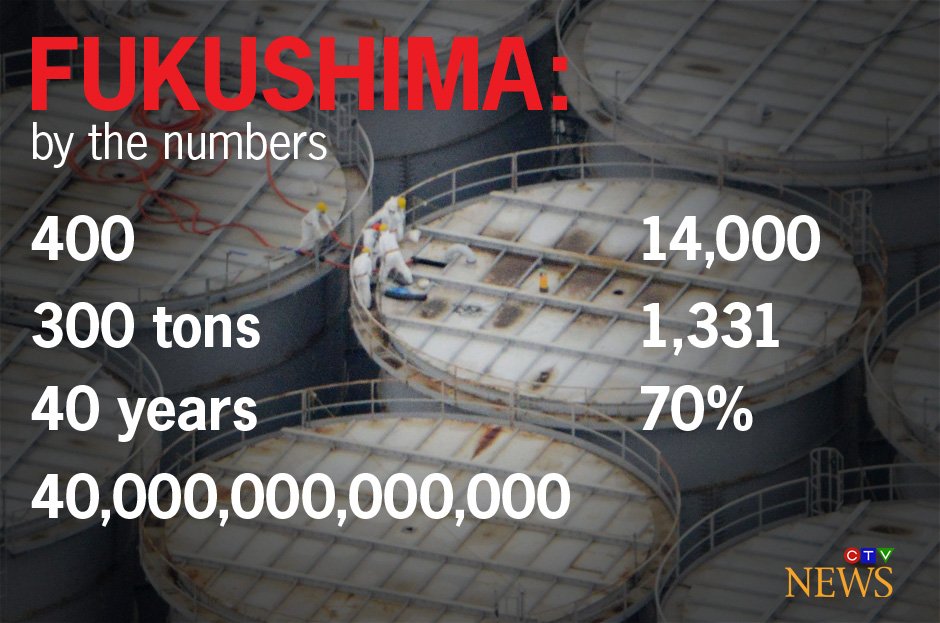 I submit that we look at outcome based initiatives to see where we invest our resources in order to receive the best value for our global investment.  I am looking to keep this simple.  How much will it cost to attack Syria?  What are the outcomes?  What does the US hope to achieve by hitting Syria?   Last I checked, when you punch someone in the face, even a bully it may only cause more fighting and tension.    The region is unstable and has been for years.  The Washington Post spells it out in short order here http://www.washingtonpost.com/blogs/worldviews/wp/2013/08/29/9-questions-about-syria-you-were-too-embarrassed-to-ask/.

Bottom line,  before we go off and start another war, we should get our big brains together and money to start cleaning up Fukushima.   Let me be clear on why.   We will have to deal with the same type of nuclear plant disaster in the next 20-30 years on our soil.

The only plant in Vermont will close soon.   “America’s aging nuclear industry has been facing a firestorm of criticism ever since the March 2011 meltdown in Fukushima.  Despite the fact that the Fukushima failure was due to negligence — the operator defied its engineers’ advice to waterproof backup generators to save on costs — the incident has had a powerful impact in shifting American public opinion against nuclear power. That shift has helped the government escape criticism for giving solar and wind power handouts that it won’t give nuclear power.  It has also driven some states to try to kick out aging nuclear plants — including Vermont.

Of the 104 reactors in 65 commercial plants in 31 states in the U.S., twenty-three — or roughly a fourth — are 40 years old or older.  Another forty-two reactors are 30 years old or older.  These older reactors tend to not only be the least efficient — causing them to struggle more to compete with cheap fossil fuel power and artificially cheap alternative energy — they also require more in maintenance.”

These companies will be broke and they will walk away from these filthy death plants waving the white flag.    I would say that would force the US to have to prepare and deal with two fundamental issues.  The first would be stable and clean power generation and the second would be cleaning up the mess that is left over from nuclear power generation.   If we can figure out ways to offset or deal with radiation by some how neutralizing contaminated waste products, we will be prepared to deal with 70-year-old nuclear facility shut down.     If you aren’t angry by now, you should be.   I sure wish that our politicians didn’t feel as if they deserved a break (because they don’t).

Before we lob anything over at Syria we should know why what we are attacking for and what the positive outcome will be..

If there isn’t one, then send our Congress and Senate over to Fukushima and let us see them “roll up their sleeves”  for our future.