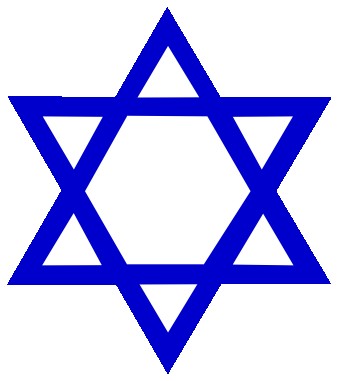 I didn’t grow up in Hampton Roads and prior to my coming here from the Navy, I didn’t have any knowledge of the Jewish community in this area.   I came to Hampton Roads when I joined the Navy let us say a few years ago.   As I have written in previous posts, I grew up in the integrated community of Co-op City, Bronx, New York.   My community had a lot of Jewish heritage, we had I think at least 3 Synagogues in the local area mostly conservative or traditional.  Being a Jewish kid was essentially accepted or known and on occasion there were racial or ethnic issues but they weren’t an all day every day occurrence.  I experienced just as much anti-human behavior as the next person.

Not until I joined the Navy did I learn about how much I am truly hated for who I am.  There are a lot of stories that I can tell about this but the point I want to make is that it was my first taste of what was to come as I moved into being an adult dealing with the “hate that isn’t there.”

You see, I am white but not really.  I am white by skin color and I can shed the error of my ways by rejecting who I am and my genetics.  I can become one of the European whites.  I can blend in if I hide.   I can’t be black or hispanic and the only box I can check on the form is “Other.”

I can pass for Italian or Romanian, Russian, Polish or some other group.   My family comes from what they call Russia/Poland and of course other places like England and Romania.  I heard stories of other places as well but I think mostly this Russia / Poland ancestry is the primary source.

I don’t know much about Judaism although I have been to Hebrew school for a very short time.  I have a book about being Jewish, actually a few books about it.   I went to Synagogue over the years on occasion.  Let me be clear on what that means, Yom Kippur and Rosh Hashanah.  Mostly because my neighbors are Jewish and they invite me to go.  I enjoy going with them and I like the marker during that timeframe that helps me reflect on the previous year.   I am a cultural Jew (http://en.wikipedia.org/wiki/Cultural_Judaism)  I believe in possibilities see David Eagleman http://www.ruthlee-scribe.com/post.cfm/david-eagleman-on-possibilitism

This doesn’t mean that I am Atheist or Agnostic, it means that I am a thinking person that believes in G-d  and that G-d lives.  That doesn’t really matter because people from all faiths have questions for me.   Not just questions but comments.

I have lived in Virginia now since 1999 and I have in these years experienced the most painful times because I am an adult dealing with racism and curiosity that goes beyond the boundaries of right and wrong.  Because I am white and because of my conditions at work, it is not a situation that I can avoid or easily deal with.  I had this discussion not long ago on a work related social site and it went south quickly because of this recent culture of intolerance to discussion.  You see it is estimated that about 2.1% of the US population is Jewish http://www.jewishvirtuallibrary.org/jsource/US-Israel/usjewpop.html and with that estimate some people think that all 2.1% of us are rich bankers or lawyers.  (I seriously just put “most people” then I backspaced and put “a lot” of people then I backspaced and put “some people” think that… ) This subject is very difficult to talk about because G-d forbid I offend someone.  Well, I am offended and I am tired of it.  I am offended by being asked what the Jewish community thinks of something.  I am offended by people asking where my Yarmelke is.  I am offended that I am not allowed to be offended.  If I were gay, I would have people standing up and yelling ” no no.. you can’t talk to him like that”  or I if I am black or hispanic, it would be understood easily that offensive behavior shouldn’t be tolerated.   No, I am a Jew and I have to deal with it because I can hide who I am if I want.. right?  Because I am one of G-d’s chosen people.  The evangelical christian will tell you that you know.  I am chosen, but for what?  I don’t believe that Christ is my savior, so I am chosen but wrong at the same time.

It is a travesty.  The inequality and lack of tolerance or understanding is flat out bologna.  When I wrote on the social site that I could be homosexual and have less challenges, it was like I lit a fire on the board.  I was scorned by private messages.   My point was that I don’t have to tell anyone who I have sex with.  It doesn’t have to be an issue.  Just like them, I can’t help what I was born into.  Individuals should have the same rights across the board.   I should have the right to live and work with respect. I shouldn’t have to talk about it at work if I don’t want to.   Some could say that I could hide my religion, but I am a Cohen, if I weren’t Jewish by religion, I would be somehow associated or connected.   A few weeks ago on CNN they were lambasting Obama because he had a bunch of white old men on his cabinet.  How many women are on the cabinet?  How many women are in his administration?   It didn’t matter that some of the most highly regarded and powerful people in the administration were and/ are women.  What mattered is that 5 white guys are advising the president.    How many of them are Jewish?  Maybe most or all because you know how those Jews embed themselves in everything and how they manipulate everything.

I am not privy to all the special considerations of being a minority, but I am the beneficiary of the gifts associated with being different.   Unless I live in New York, my holidays are not considered.   I grew a beard and received so much shit for it relative to being Jewish that I shaved.

Jews are taught to be tolerant and to just let it go.   It is better to ignore the comments and ignore the lies and ignore the inequality.   I don’t want to ignore it.  I don’t care if you don’t like me because I am Jewish.  Keep it to yourself.  I don’t care if you are a woman, gay, straight, black, white, indian, muslim, roman catholic, etc. I treat you as an individual and like or not like you as an individual.   The thing I am worried about is my children.  They don’t know anything about this but they have my name and they will deal with this non-sense.

Here is Hampton Roads, a military hub and a place for tolerance and togetherness; the lack of knowledge and understanding bleeds through the fabric of this place.  It is a shame and it is wrong.

Moving forward if we are to be all equal, we need to be treated equally.

4 Replies to “Curse of Blessings – A quick reflection on the Jewish experience in Hampton Roads.”